Topics of the conference cover all areas of random network coding and combinatorial designs, in particular their connections and applications. This event, being at the same time the final conference of this COST Action, addresses all interested members of these communities, independent on their origin, approach, or scientific mission.

This meeting on the Design and Application of Random Network Codes brings together researchers working in particular on network coding and their engineering applications as well as on related topics. A special emphasis of the conference will be on random network codes.

The 7th Workshop on Coding and Systems will take place in Salamanca in July 2015. The workshop is devoted to general coding theory, with a particular emphasis on convolutional codes, and its interplay with systems theory. There will be a special focus on the research progress of the working groups 1 and 4 of this COST Action.

This meeting on Recent Advances in Practical Network Coding and Distributed Storage covers a broad range of research topics falling into the domains of the two working groups. The program includes two invited talks as well as contributed talks related to the topics of WG2 and WG5.


The intention of the ALCOMA15 meeting is to bring together researchers that work in particular in the field of constructive theory of combinatorial designs and error-correcting codes or on closely related topics. A special focus of the conference is on q-analogues of designs and their recent application in random network coding.

This workshop follows the themes of the ANTA research group of Aalto University, that is, Algebra, Number Theory, and their Applications to communications and computing in a broad sense, including physical layer network coding and the compute & forward protocol, distributed storage, device-to-device communications, and physical layer security.

The fourth International Castle Meeting on Coding Theory and Applications (4ICMCTA) took place in the Castle of Palmela, Portugal. A COST Meeting on Random Network Coding and Designs over GF(q) has been held from 17th to 19th of September 2014.

This conference, organised by the centre of excellence CPU - IdEx Bordeaux together with COST Action IC1104 and the Institut de Mathéatiques de Bordeaux, addressed theory and applications of coding theory, featuring interactions with algebra, theoretical computer science and discrete mathematics.

The 2014 IEEE European School of Information Theory will bring together researchers and graduate students from many different countries and provide them with the opportunity to listen to distinguished researchers in the field, present their own research results and get feedback.

A joint WG 2 and WG 5 event has been organized in Barcelona on the 7th of February 2014 with the objective of discussing ongoing work and bring together interested participants for brainstorming and discussions.

A conference on Random Network Codes and Designs over GF(q) was held at the Department of Mathematics of Ghent University, Belgium. The conference was organised in the framework of the COST Action and featured plenary talks as well as sessions devoted to each of the five Working Groups.

A core-group meeting and an extra-ordinary interdisciplinary Working Groups meeting took place at the Institute of Mathematics, University of Zurich. 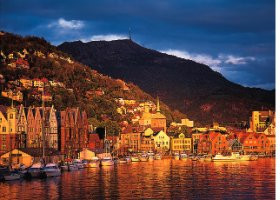 The first COST Workshop on Random Network Coding and the second MC Meeting was held in Bergen, Norway during WCC 2013 - the International Workshop on Coding and Cryptography.

The First European Training School on Network Coding within the COST Action took place at the Autonomous University of Barcelona. Collocated with the School there were Working Group (WG) meetings as well. The lectures were build upon the WGs' topics.